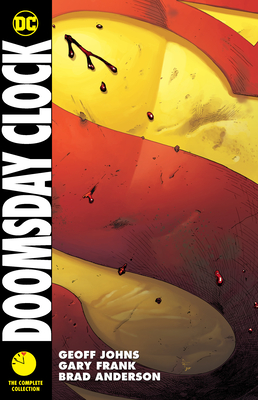 I’m not really a “DC should never touch the Watchmen” person but I do think they should endeavor to make good comics when they use them. Doomsday Clock is not that. My perception might be a bit altered by having read this in single issues as they were released on DC Universe. The series is long and it had a very lengthy release schedule.

Still…I honestly just found it super boring. I can’t believe they spent like 3 years teasing this thing in numerous Rebirth books. It’s halfway between trying to be some kind of commentary (on what it cannot decide) and a good old fashioned super hero event series, but it fails to successfully be either. By the end of it I was just running out the clock so that I could say I’ve read it. I just didn’t find myself caring about any of it.

You can make good Watchmen content but DC should take cues from the HBO series rather than anything they’ve tried to do with it to date in the comics. Why Geoff Johns? Because he’s the boss and he said so? Why not give it to someone more…creative? Instead it just ended up this limp mash em up book.

Gary Frank’s art is solid and I do appreciate that he was on board for all 12 issues. But it’s not really visually interesting enough to overcome the story for me.

This was a let down. I’m glad it’s over. Maybe Geoff Johns will get his groove back at some point.