Queen's Peril by E.K. Johnston is the latest entry in the Disney-era line of Star Wars novels. It's the second time that Johnston has penned a novel about Queen Amidala, after writing Queen's Shadow last year. Whereas Queen's Shadow found Johnston expanding on Padmé's time in the Galactic Senate after stepping down as Queen of Naboo, Queen's Peril bookends the Padmé story by going back to the time immediately after she was elected Queen. Johnston again focuses heavily on Padmé's relationship with her handmaidens, and fans of the series are sure to recognize some familiar faces as the Queen assembles the group. Much like Queen's Shadow, Queen's Peril is mostly targeted at a YA audience. 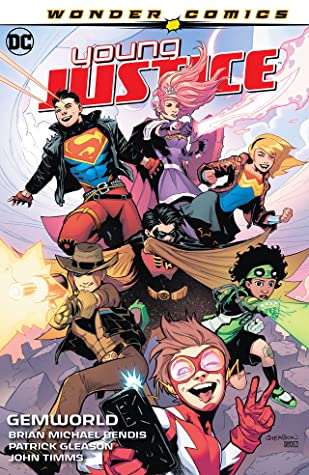 I'm a subscriber to both Marvel Unlimited and DC Universe, so I'm perpetually behind current releases, but I get to read just about everything from those two companies at like 10% of what it'd normally cost. Every week I peruse the "new" releases to the services and catch up on most of what gets added. This week, I figured I'd do a roundup of the comics I read that finished up some volumes and give a brief review for each. Check them out below!